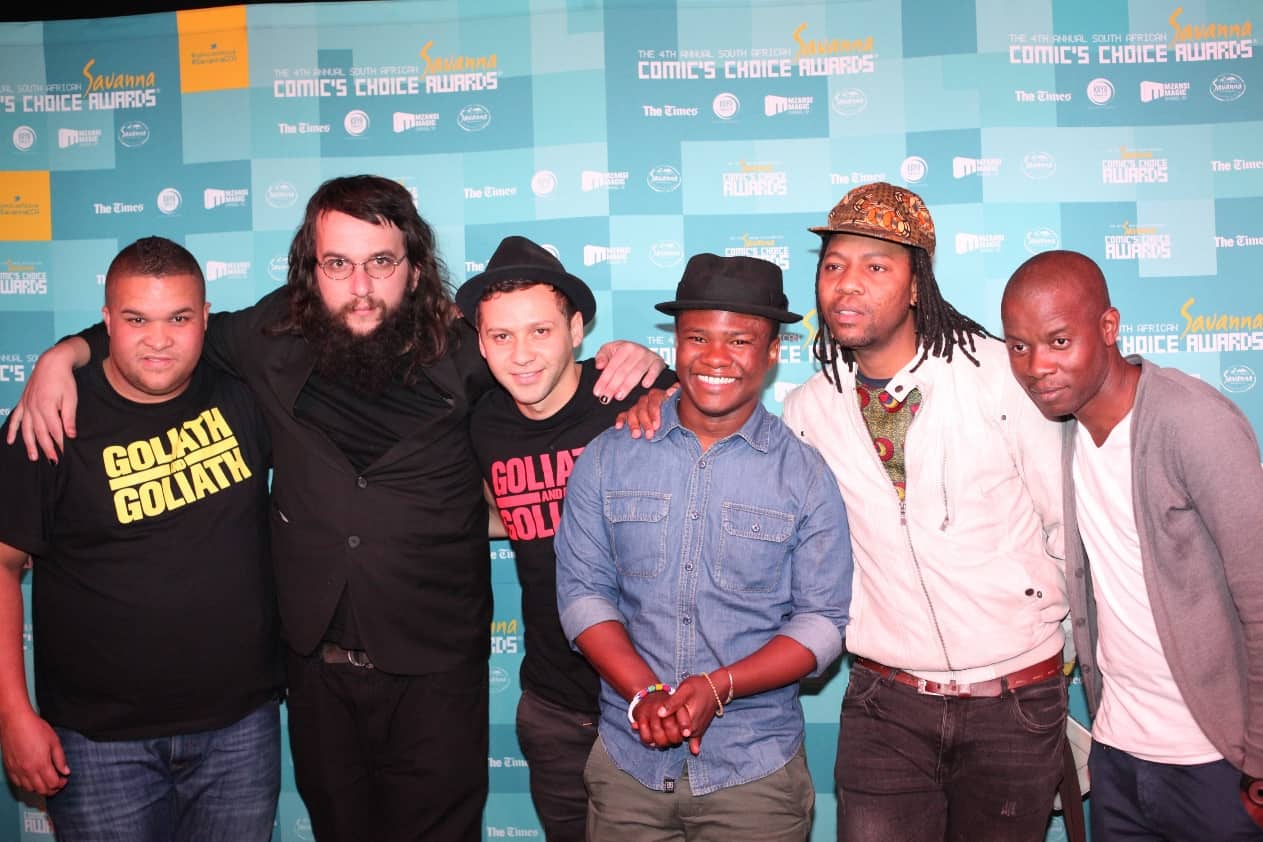 In partnership with The Times, Mzansi Magic and Kaya FM 95.9

After much campaigning, vetting, lobbying, nail-biting and sweating, the nominees for The 4th Annual South African Savanna Comic’s Choice Awards® (CCA’s) have been announced.

Now winning a prestigious Waldo statuette is no longer a dream, but a one in five chance for each of the talented comics below. And the nominees, as voted for by the comedy industry are…!

Lifetime Achiever: Mark Banks (There are no nominees in this category, just the recipient) – Go Mark Banks!

The Savanna Audience Choice Award: This is the only category that’s open to public vote, so voting stays open until 28 July 2014.  If you want to win a VIP experience to the awards bash, vote now by SMSing your favourite comedian’s unique code to 38374.

You can vote 20 times (if you can’t choose just one favourite comedian!)

Anyone who follows the awards closely will notice that there are five nominees in each category instead of four. That’s because this year the number of registered comedians grew by almost 30% and as there are so few categories, comedians now have a higher chance of being nominated.

You’ll also notice that the word ‘recipient’ is used instead of ‘winner’, that’s because the purpose of the awards isn’t to compete against each other, it’s to acknowledge the work being done.

Special acknowledgement is due for Mark Banks who deserves lifetime recognition for his contribution to SA’s comedy landscape. In a time when it was still dangerous to criticise the government, he was a genuinely interesting, alternative comic.  His recent comeback to sketch shows has been phenomenally well received, so hats off to Mark for this well deserved accolade and for over 25 years of comedy.

In true CCA style, Mark’s closest peers will ‘grill’ him at a special night at Parker’s Comedy Club on 9 July, a few weeks before the award ceremony.  If you fancy seeing a panel of ‘grill masters’ hurl comedic insults and downright abuse at him, book your tickets from the venue.

The actual Savanna CCA ceremony takes place at The Teatro at Montecasino on 2 August 2014.  It’s a hilarious variety show, comprising sketches, stand-up, impressionists and witty one-liners delivered by SA’s top comedians.
Limited tickets are available to public, so book now through Computickethttp://online.computicket.com/web/event/savanna_comics_choice_awards/821184509/0/60160433
Of course, all the best events need the best media partners to support them, and the comedy industry thanks Mzansi Magic, The Times and Kaya FM 95.9 for helping to build comedy history.

Issued on behalf of Whacked Management by One-eyed Jack.

Issued on behalf of Whacked Management by One-eyed Jack.