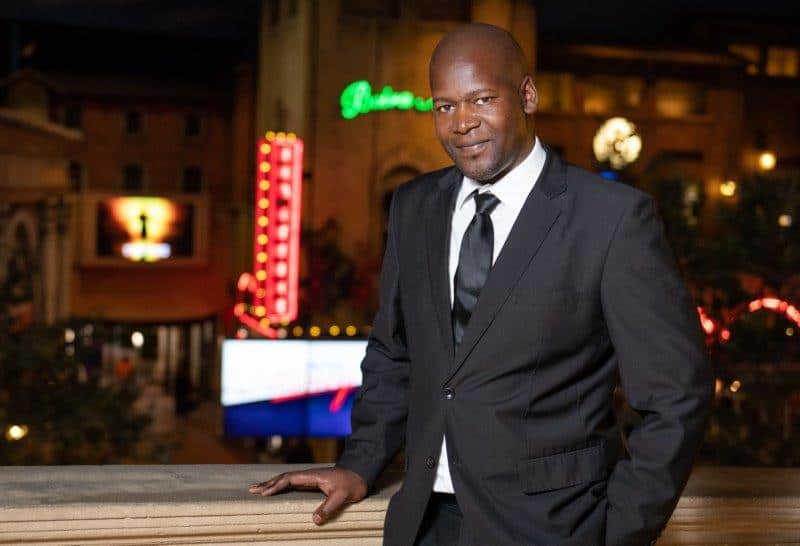 Montecasino’s new Property Manager, Mandla Mngomezulu, joins the property equipped with excellent experience in mechanical engineering and management, having excelled in one of the toughest engineering training grounds in South Africa – in the recommissioning of several of Eskom’s power stations at the height of the load-shedding turmoil that plagued the country in the mid-2000s.

He spent 10 years with Eskom, from 2005 to 2015, as Site Manager and Project Manager, working at Kendal, Camden, and Grootvlei power stations in Mpumalanga, to increase the country’s capacity to meet the growing power demand. “They were highly intense years and apart from the major mechanical and technical issues that needed constant attention and the outages that needed careful managing, there were also HR, industrial relations, and client relations responsibilities. My management skills were honed to a whole new level. I left Eskom knowing that I had done my best and achieved all that I could have.”

Before his baptism by fire at Eskom, Mngomezulu had matriculated at Residensia Secondary School in Vereeniging, and studied Mechanical Engineering at Vaal Triangle Technikon, following his long-time passion for “machines and how they work”. He subsequently achieved a Certificate in Practical Management from the Graduate Institute of Management and Technology, and is in the process of completing his BTech in Mechanical Engineering through UNISA. Between 1999 and 2005 he worked at Dorbyl Engineering and Nampak in Rosslyn.

Taking his career into a completely different arena, Mngomezulu joined the Gold Reef City Theme Park as Mechanical Manager. “The Theme Park was a totally new environment and I fell in love with it.” At the time, several rides were not performing and Mngomezulu was tasked with repairing, maintaining, and stabilising ride availability, which he did. Sadly for him, his height of 1.98m precluded him from several of the most exciting rides as they are designed for ‘normal-sized’ people. But he loved the atmosphere, the excitement, and the challenge of ensuring the smooth running and safety of all the Theme Park equipment.

In June this year, Mngomezulu joined the Montecasino team where once again, he is facing and embracing a whole slew of new challenges and responsibilities. It’s a big move for him, he says, but with his rich technical and management skills and experience, he has no doubt he will succeed. His duties entail managing outsourced operations and tenants, the Montecasino Bird Gardens, health and safety, compliance, team management and communication, and more, and he works together with four complex duty managers and about 500 employees to achieve this.

Mngomezulu is “feeling at home” in his new environment, and enjoying the exposure to the whole operational side of Montecasino, to working with many different people – staff, service providers, and customers, to conferencing and gaming, to the wide spectrum of entertainment, and to his new responsibilities in the group’s flagship entertainment destination. “The move is a big change for me – and my challenge is to improve the culture and our relationship with our service providers, ensuring they understand our brand and reflect our values.”

Beyond his work life, Mngomezulu loves spending time with 11-year-old son Mfundo and is passionate about travel, about the beautiful areas in South and southern Africa. On his bucket list is visiting Kigali in Rwanda to see for himself the nation that re-invented itself so successfully after the genocide horrors of 1994.

His role models include people who made it in their careers, people like Stephen Koseff, Investec’s CEO. He believes that at this stage in his life, his achievements include adding value to other people’s lives, people he works with: “When they achieve then I achieve.”

At the moment he is reading My Own Liberator: A Memoir by Dikgang Moseneke, SA judge and former Deputy Chief Justice of South Africa, about his years and the people he was with on Robben Island, and how he transformed himself from liberator to Constitutional Court Judge.

Mngomezulu’s advice to young people is “Choose to do what you love – don’t be confused. Once you have chosen, put your heart into it and never stop learning.”