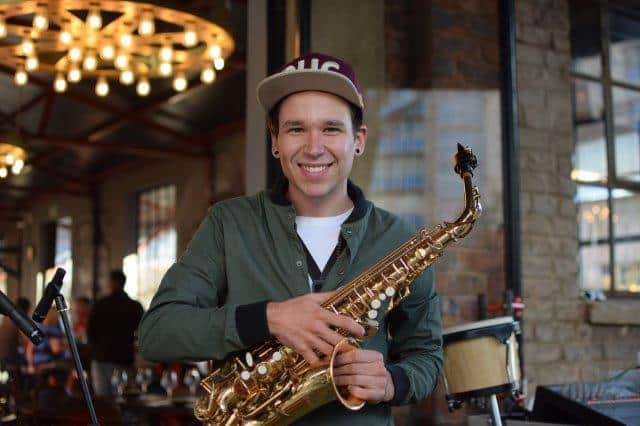 Montecasino’s cup of entertainment is overflowing this March!

Montecasino, Gauteng’s premier entertainment destination, is delighted to share its spectacular line up with you so that you don’t miss out! From musicians to motocross, from comedy to blockbuster movies – there’s something for everyone!

Lighthouse Family in SA for the first time

British musical duo Lighthouse Family will be touring South Africa in March for the very first time – catch them at the Teatro from Friday, 20 March to Sunday, 22 March! Take a trip down memory lane with all their smash hits including Raincloud, I wish I knew how it would feel to be, High, Lifted and many more! Tickets are from R595 per person excluding your Rewards discount. Saturday, 21 March is already sold out so there’s no time to waste! Don’t miss out on this once-in-a-lifetime concert!

Yes, you CAN win loads of cash, a trip to Italy or a favolosa Ferrari in the Anyone Can Win a Ferrari promotion! The next draw, set for Sunday, 29 March, will see one lucky winner leave Montecasino with a magnificent trip to Italy for four! The following draw is scheduled for Sunday, 26 April – where you can win a stash of cash. Simply accumulate receipts to the value of R500 at any of Montecasino’s restaurants, stores, bars, theatres, movies, hotels or entertainment facilities to get one entry into the draws. It’s that easy!

A Brat Pack with a Big Band

Take a trip down memory lane with A Brat Pack with a Big Band. The original Rat Pack, which included icons such as Frank Sinatra, Dean Martin and Sammy Davis Jr created the most memorable and enduring music of our time. For one night only at Montecasino their legacy will be honoured by modern day musical icons such as Ard Matthews (Just Jinjer), Arno Carstens (Springbok Nude Girls), Loyiso Bala and Ross Learmonth (Prime Circle), in an unforgettable collaboration with the 17-piece ‘Johannesburg Big Band’, conducted by Adam Howard. A Brat Pack with a Big Band will perform some of the biggest swing classics all-time favourites such as “New York, New York”, “I’ve Gotta Be Me”, “Mack the Knife”, “Mr Bojangles”, “My Way” and more, for one night only on Friday, 27 March! It promises to be a night to remember!

Experience Lewis Carroll`s much-loved classic – Alice in Wonderland – come to life in this spectacular new production, devised and directed by Neka da Costa. Follow the white rabbit and come face to face with the blue caterpillar and the grinning Cheshire cat. Have tea with the maddening Mad Hatter and play croquet with the tricky Queen of Hearts. Watch the impossible come to life from Thursday, 27 February to Sunday, 22 March at the Pieter Torien Theatre! Let your imagination run wild!

Based on the hilarious 1967 film, Mel Brooks’ The Producers is a laugh out-loud, outrageous, crowd-pleasing musical-comedy that has been a smash hit since its 2001 debut. The central plots sees fading Broadway producer Max Bialystok (played by Alan Committie) is desperate to get to the top of his profession again, and finds an unlikely ally in mousy accountant Leo Bloom (played by Richard White), who predicts that one could make far more money with a flop of a show than with a hit. Together, the two set out to produce the worst musical ever to hit Broadway. With no shortage of show-stopping musical numbers, and Brooks’ signature humour keeping audiences in stitches, The Producers is definitely far from a flop. The Producers runs at the Pieter Toerien Theatre from Friday, 3 April until Sunday, 31 May.

This talented singer, performer, entertainer and impressionist has performed on Ellen DeGeneres and other major US and British television talk shows. Dubbed ‘the girl of a thousand voices’, Christina Bianco’s singular voice and comedic charm have brought audiences around the world to their feet. Bianco captured international acclaim as a YouTube sensation with her “diva” impression videos, gaining over 25 million views.  And for the first time, she is coming to Montecasino for two shows only on Saturday, 11 April.
Me, Myself & Everyone Else – is a highly entertaining unique solo show featuring great songs, musical comedy and impressions of pop culture personalities and iconic vocalists such as Celine Dion, Barbra Streisand, Adele, Ariana Grande & many more. Don’t miss powerhouse entertainer, Christina Bianco, live on stage at the Teatro with special guest artist Craig Urbani. Book now on www.montecasino.co.za

We’ve got the movies!

A feast of fun for Easter!

Easter is all about chocolate eggs and family fun. Why not bring your little ones to Montecasino to enjoy a colourful assortment of exciting inflatables daily from Friday, 10 April to Monday, 13 April. Gates open at 09h30 and close at 18h30. It’ll put a bounce in their step!

3SIXTY – where the vibe is

This trendy nightspot in the heart of the action in Gauteng’s premier entertainment destination brings local live music to the stage every Friday and Saturday night, served along with 3SIXTY’s now-famous bespoke cocktail menu, exceptional selection of meals and sharing options, dancing, beautiful people and more. Choose your nights to be where it’s all happening.