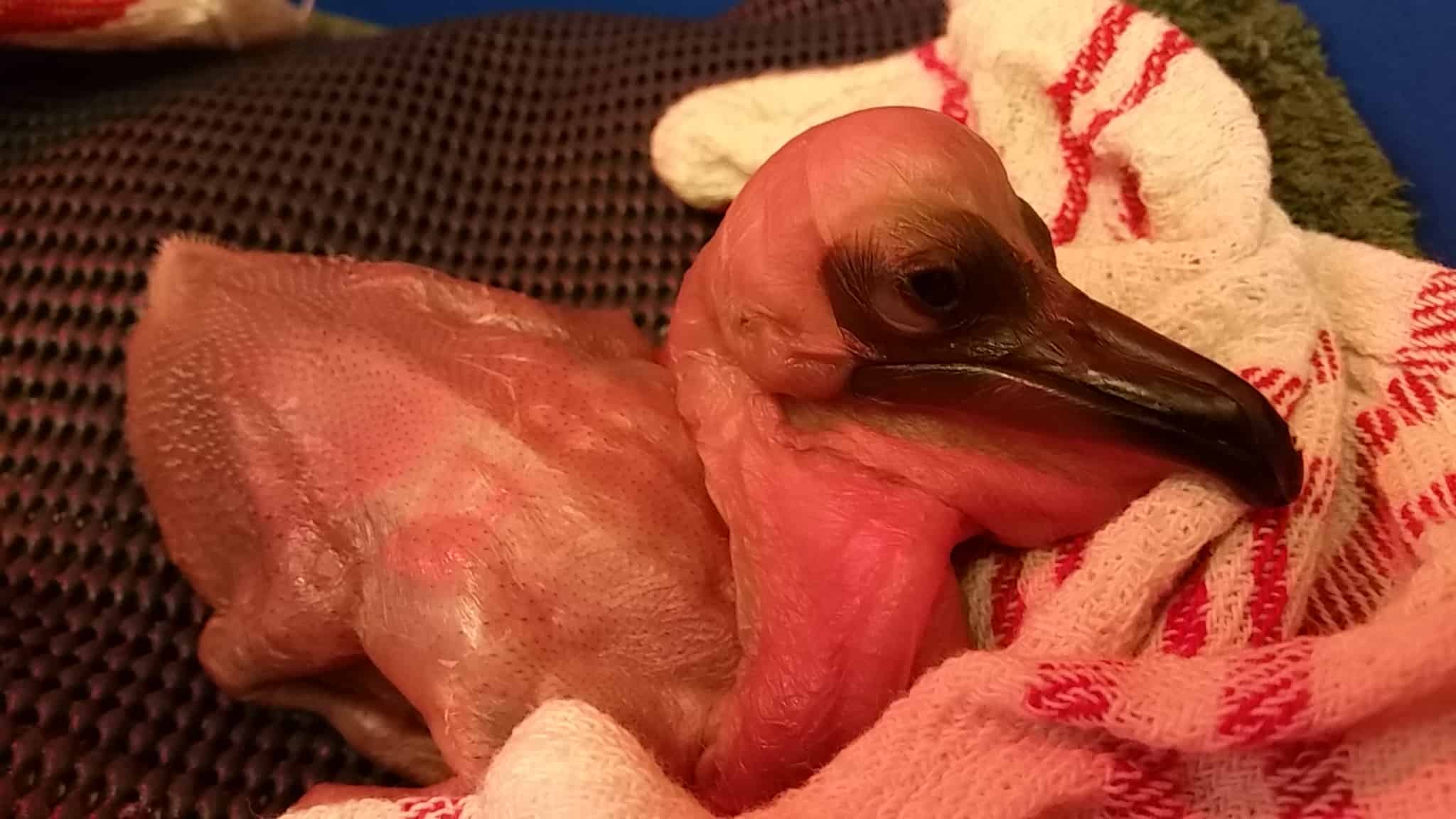 Two precious Eastern White Pelican hatchlings were welcomed at the Montecasino Bird Gardens on 11 March. One hatched with the proud parents, and the other one hatched after being artificially incubated by Bird Gardens’ staff.

The second egg was pulled from the nest for artificial incubation due to the low survival rate of the second chick. This is usually due to starvation of the younger chick, being dominated by the older chick.

According to Deidre Jameson, Property Manager of Montecasino, Eastern White Pelican numbers are declining due to overfishing in certain areas, as well as being exploited for their meat. Their skin is turned into leather and their pouches used for tobacco bags. Breeding in captivity is thus becoming more important, but it is notoriously difficult and quite rare. Their eggs are often infertile or break during incubation.

“To our knowledge, Montecasino Bird Gardens is the only institution in South Africa that is breeding these birds in captivity and we are thrilled with our new hatchlings. The pelicans bred for the first time in 2013, and one chick was parent raised. The Bird Gardens have 13 Eastern White Pelicans–12 can be seen on the main dam, including the newly-hatched chick.

The chicks will be sexed using blood samples for DNA sexing when older. The chick that is being hand reared is currently on five feeds per day. The diet consists of small pieces of fish and fluids to keep it hydrated. “We will give the chicks names when we know their sex and when the chicks’ personalities are a bit more evident,” adds Jameson.

The Eastern White Pelican, also known as the Great White Pelican, is a huge bird with a wingspan ranging from 2.26m to 3.60m. It comes from Africa, Asia and Europe, breeding in swamps and shallow lakes and feeding mainly on fish. Breeding in Africa is usually all year round and the young are cared for by both parents.

The Montecasino Bird Gardens was established in 2001 as an extension of the property’s diverse entertainment offering. Since then, the tranquil Gardens has been home to about 179 species of birds, 43 species of reptiles, 16 species of mammals, and 12 amphibians. Over the years it has become established as an educational and rehabilitation centre, moving up to a new level in conservation when its breeding facility was established in May 2010 and again late last year when it was awarded PAAZA (African Association of Zoos and Aquariums) accreditation, seeing Montecasino join an elite group of just seven other institutional PAAZA members responsible for the African region within WAZA (the World Association of Zoos and Aquariums).

PAAZA accreditation is the highest possible recognition that a living animal institution can achieve in Africa and not all institutions that apply for accreditation receive it. Prior to the award being made, a comprehensive audit is carried out by a team of professionals including scientists, conservationists and aquarium specialists.

For further information on the Montecasino Bird Gardens, visit montecasino.co.za.