Flight of the Cape Vulture 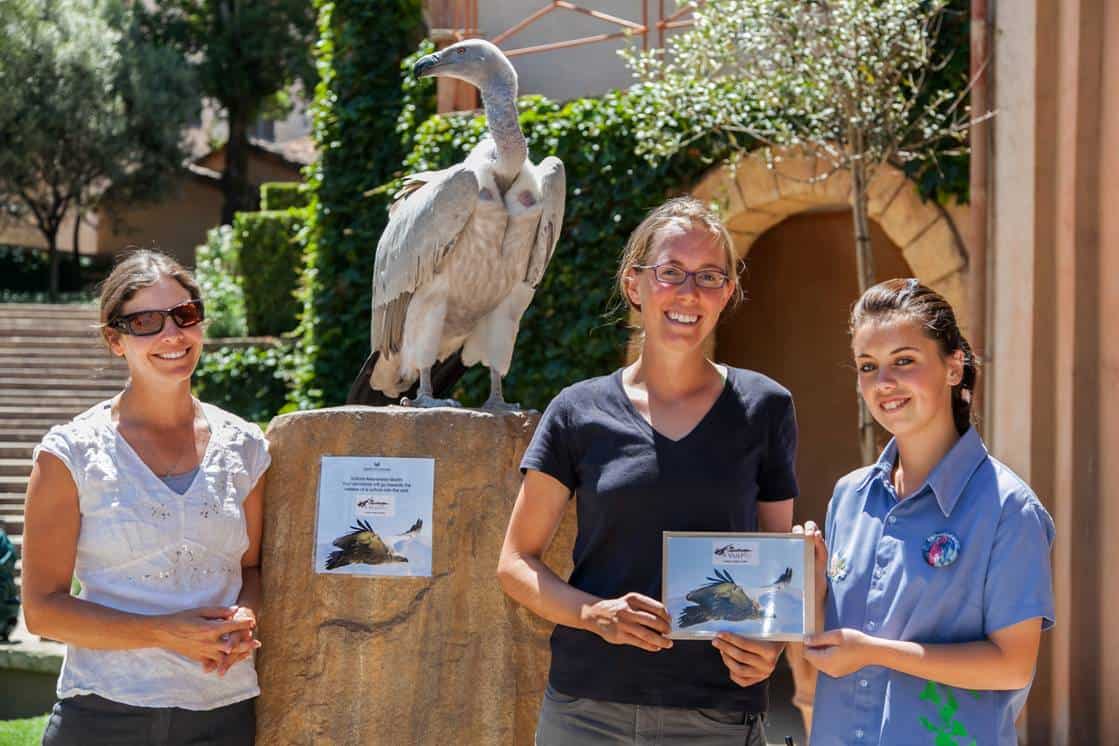 Montecasino Aids Plight And Flight Of The Cape Vulture

02 February 2015, Johannesburg – Continuing the exceptional work being undertaken to help conserve vulnerable bird and animal species, the Montecasino Bird Gardens has raised R46 105.87 to be donated to VulPro – the only organisation dedicated to vulture conservation, research, education and captive-breeding for release and rehabilitation in southern Africa.

Protocols and productivity has improved annually from 14% (2011) to 42% (2014) chick survival to fledgling and VulPro now has plans to expand the captive-breeding programme within South Africa.

In February 2015, VulPro will release seven chicks raised in 2012 and 2013 and 2014 and another three captive bred Cape Vultures from the NZG from 2012 (one chick) and 2013 (two chicks), marking the launch of South African supplementations. “We are extremely proud to be sponsoring the release of one of VulPro’s chicks through funds raised from initiatives at the Montecasino Bird Gardens over the last few months,” comments Deidre Jameson, Property Manager of Montecasino. Fitted with a tracking device, this young Cape Vulture will be released into the wild and hopefully tracked up to five years for research and data collection purposes in the hopes of assisting in the conservation of this often misunderstood bird.

“Categorised as ‘Vulnerable’, the global population numbers and the foraging range of the Cape Vulture continue to decline due to human induced threats,” says Kerri Wolter, Founder of VulPro. “There are less than 4000 breeding pairs left in South Africa, Botswana and Lesotho combined, and the species no longer breeds in much of its traditional range, i.e. Namibia, Zimbabwe and Swaziland.”

“This is a cause that is very close to our hearts at the Montecasino Bird Gardens. Our Ground Hornbill Project has produced exceptionally good results, including hatching and hand-raising eight chicks, and we hope that, through ongoing support of VulPro’s initiatives, this fascinating bird can once again thrive in the wild.”

The adopted Montecasino Bird Gardens vulture, a female named Cassie will be released into the wild this month at a ceremony at VulPro on the 15 February 2015. Pictured here is (from left to right): Maggie Hirschauer (Student, Rhodes University), Kerri Wolter (Founder, VulPro) and Kaegan Grobelaar (Bird Show Presenter, Montecasino Bird Gardens).

For information on VulPro or details on how you can get involved, visit www.vulpro.com or contact Kerri Wolter on (+27)82 808 5113 or e-mail at kerri.wolter@gmail.com.