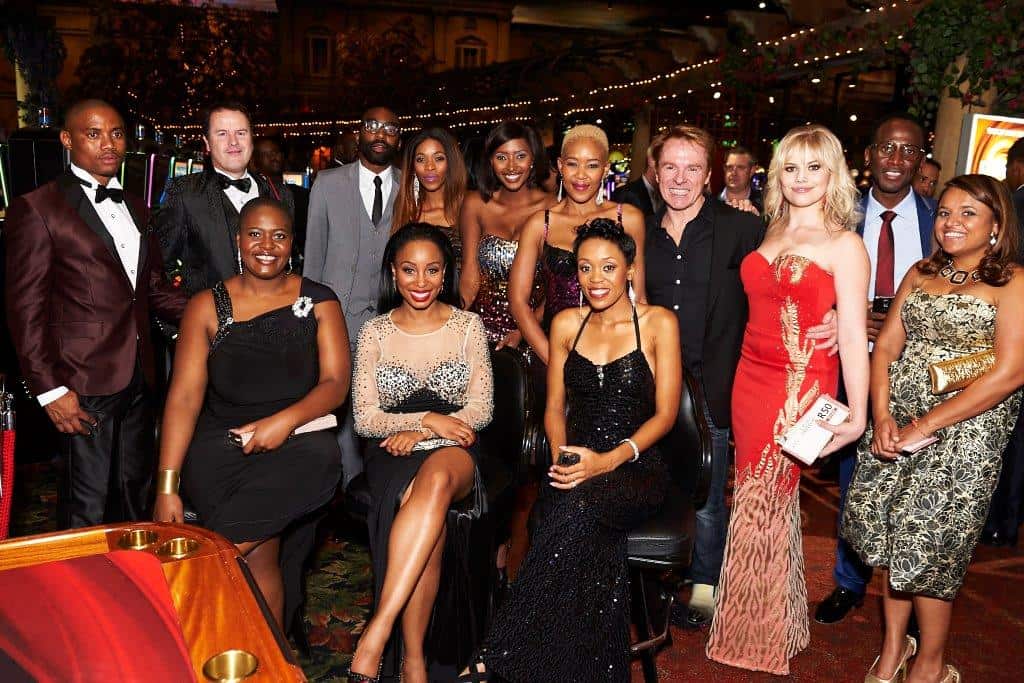 2 February 2015, Johannesburg – In celebration of the second annual Tsogo Sun Roulette Masters tournament, Tsogo Sun invited some of South Africa’s hottest celebrities to live the life of a high-roller for a day. From limo transfers to champagne and caviar, Penthouse suites, beauty treatments, lobster dinners and more, the 20 celebrity and media guests were given the very best money-can’t-buy experiences.

Bringing their own unique style to the event were Khanyi Mbau, Jack Parow, DJ Fresh, Poppy Ntshongwana, Anais De Jager, Chris Mapane, Riky Rick and Sinazo Yolwa. Guests were whisked to Tsogo Sun’s palatial Palazzo hotel at Montecasino via limo, where they were greeted with champagne, caviar and their own personal butlers, before being treated to an afternoon of indulgences, with hair by The Senate Hair Salon, make-up by Maritsa Maritz of Beauty Brush and outfitting by JJ Schoeman, who dressed the ladies, and men’s outfitter EuroSuit.

Personalised lavish experiences were the order of the day, with Montecasino and the Palazzo delivering luxury beauty treatments by Mangwanani, high tea in the Rose Garden, a cocktail-making experience at Montecasino’s trendy new restaurant, Jenda, and a personal chef experience with the Palazzo hotel’s acclaimed Executive Chef, Gerard Vingerling, in the Penthouse Suite of the Palazzo.

After hours of pampering, guests emerged from their luxurious rooms dressed to the nines and ready to sit down to an ultra-luxurious three-course meal prepared by Chef Gerard, which consisted of a starter of Porcini and black truffle with giant ravioli in consommé and gold leaf; a main of Lobster Thermidor consisting of a creamy lobster, egg yolks and brandy or Beef fillet, Parma ham, artichoke hearts and truffle fondant potatoes; and a Verona chocolate experience for dessert, with wine and cognac per course.

Following dinner, guests were escorted to Montecasino by their personal bodyguards, along with a suitcase full of casino chips to try their hand at Roulette. It was here that things got heated as guests battled it out in an intense game of roulette.

The mini Roulette Masters tournament was a red-carpet, high-roller experience from beginning to end, filled with fun times and high stakes that culminated in Debash Thangevelo (The Star) walking away with top prize, with Anais De Jager in second place and Lesley Mofokeng (City Press) in third.

In an exciting development the day after the high roller experience, Tsogo Sun announced that, due to the overwhelming response from the public since the tournament started on 19 January, an extra R500 000 has been added to the prize pool, taking the eventual prize money to a minimum total of R2.2 million, with the winner walking away with R1.3 million.

“With a buy-in price of only R100, Roulette Masters is affordable fun for every entertainment-seeker and players can enter as often and as much as they like. The eight-week tournament is currently underway and runs through to Saturday 28 March, with individual casino qualifying rounds running until 13 March and casino finals to be held on 14 March. The Masters will culminate in style with the grand final at Montecasino on 28 March 2015, where a minimum of R2.2 million in prize money will be won by lucky wheel spinners,” says Steve Hight, Director of Gaming at Tsogo Sun.

“As with last years’ tournament, the popularity of the game dictates the first prize and total tournament prize money pay out. The more people play, the more they stand to win, as the R100 buy-in goes towards the prize money, and not to the house – hence the increase of R500 000 in prize money in just four weeks of play. And with another four weeks to go, it could even be more.”

Tsogo Sun has a portfolio of over 90 hotels and 14 casino and entertainment destinations throughout South Africa, Africa and the Seychelles.